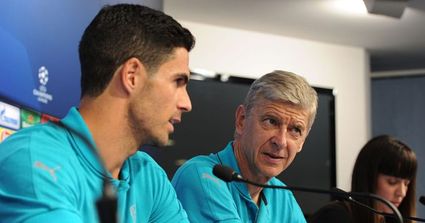 Arsenal fully ready to get Manchester City star with a bid to sign Oleksandr Zinchenko. The North London club had just completed the signing of a Brazilian star, Gabriel Jesus from Manchester City.

The Gunners are believed to have paid £45 million for the 25-year-old old striker.

A report, however, emerging on Thursday said Arsenal is working on a deal to sign Oleksandr Zinchenko from City.

Popular sports journalist, David Ornstein confirmed this on his platform today, noting that the North London side is now focused on bringing Jesus’ former teammate to the Emirates Stadium.

The report said that the clubs are in contact over a potential transfer and it is believed that City is open to sanctioning the 25-year-old’s sale if their valuation is met.

Arsenal is said to have prioritised Zinchenko after missing out on Ajax’s Lisandro Martinez.

“If an agreement can be reached with City on a fee and the Ukraine international over personal terms, Arsenal would be acquiring a player with whom manager Mikel Arteta has been keen to reunite,” Ornstein said.

Meanwhile, the reformation plan at Manchester United has continued as three more players are reportedly set to leave the club this summer.

The English Premier League club had a disappointing 2021-2022 season. Due to the development, the Red Devils could not qualify for the UEFA Champions League.

The club, however, have been making effort to rebuild the squad ahead of the new season.

Reports by Mirror said the likes of Eric Bailly, Phil Jones and Axel Tuanzebe are up for sale before the transfer window closes this summer.