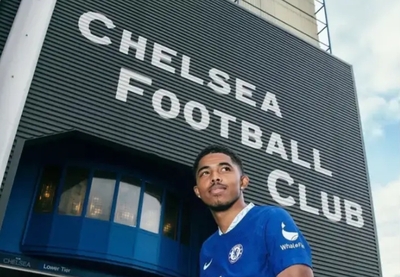 Chelsea have officially announced the signing of Wesley Fofana from Leicester City for £75 Million and signed a 6 year contract at Stamford Bridge until June 2028. Fofana is the 5th summer signing for Chelsea after Cucurella, Sterling and Kalidou Koulibaly as Chelsea becomes the first club to spend over £200 Million this summer. Chelsea are currently meeting Barcelona to agree a deal to sign Pierre Emerick Aubameyang who has agreed personal terms until June 2025. Roma have signed Mady Camara from Olympiacos on a season long loan with an option to buy. Manuel Akanji has landed in Manchester to undergo medicals ahead of €20 Million transfer from Borussia Dortmund to Manchester City and will sign a 5 year contract. Southampton have agreed deals to sign Arsenal midfielder Ainsley Maitland Niles, Sam Edozie and Juan Larios both on permanent deal from Manchester City. Man United Boss Erik Ten Hag has confirmed that Aaron Wan Bissaka and Cristiano Ronaldo will staying at Old Trafford this season hence will not exit. Laywin Kuzawa has arrived in London to undergo medical tests and sign his contract as new Fulham player from PSG on loan with buy option.

Wolves have signed striker Sasa Kalajdzic from Stuttgart for £15.4 Million on five year contract. Leicester City have opened talks with OGC Nice over a move for centre back Jean Clair Todibo.