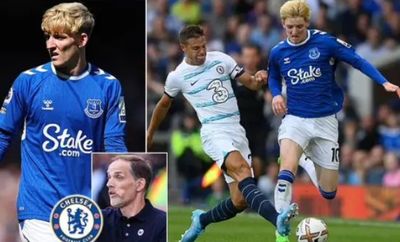 Chelsea are looking forward to making important signings this summer already having brought in Raheem Sterling, Koulibaly, Chukwuemeka and Cucurella this summer. Having lost Rudiger, Christensen, Lukaku and Timo Werner surely the blues need to try and make huge steps into replacing them. Meanwhile Tuchel is looking forward to getting the services of a lethal winger from Everton. Anthony Gordon has been linked in this summer with Chelsea. And the West London side has been reported to have already seen their first bid rejected. But according to Daily Mail they are planning to make a return to the Everton side with £50m offer plus £10m in add-ons. Everton are believed to be in a position to consider the offer from the Chelsea side and it could mean. Tuchel is on the verge of then signing his transfer target. The England international will be playing Champions League in this season if he makes a move to the Bridge.

While boosting a chance to represent his country in the coming Qatar World Cup tournament this year. With the latter having played in England under-21 team enough to get the much needed experience.