“I have great respect for Graham Potter as a coach and believe he is on the right track,” Jorginho says 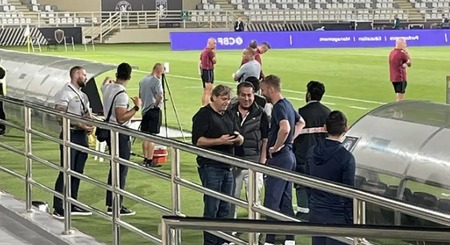 Graham Potter is on the right track at Chelsea, according to midfielder Jorginho. After Thomas Tuchel was fired in September, the 47-year-old took over as manager at Stamford Bridge.

Potter’s tenure at Chelsea began with an impressive nine-game unbeaten streak in all competitions.

However, their form dipped before the World Cup break, with the Blues winning just one of their previous five games.

They currently sit eighth in the table and will need to significantly improve if they are to finish in the top four.

Jorginho Said What About Graham Potter?

Despite such struggles, Jorginho has revealed his faith in Potter, telling Sky Sports:

“He’s very nice, even if from the outside it may seem like he isn’t.

“He’s a good person, a hard worker and for me he’s very prepared, he has his own ideas, very clear. And he’s building this trusting and communicative relationship with the players.

“I believe he is on the right track.”

While Potter is expected to stay at the club for the foreseeable future, Jorginho’s future in west London has been uncertain for some time.

In recent transfer windows, the 31-year-old midfielder has been linked with a move away from the club.

Despite reports of a move to Barcelona, Chelsea’s chances of keeping the Italian international have improved.

“We want to extend the contract with Chelsea, it is our priority. We are only concerned with the Blues.”