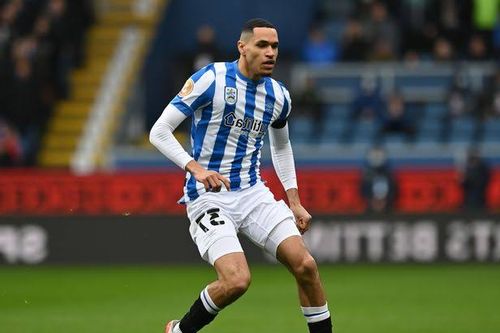 Former Chelsea star, Jon Russell has made up his mind to come back at Stamford Bridge next season, as the Blues ready to sign hin joined Chelsea’s squad from his current club, Huddersfield.

Although, during a press conference, Jon Russell said, “he was heartbroken when Chelsea dumped me, it almost affect my football career.

According to Jon Russell, “I’m happy to get me back at Stamford Bridge in the next season parmanently.”

“I’ve been brought up in a Premier League environment since I was six so the target is to get back there.

“It was hard to say goodbye to everyone at Chelsea because I had made so many friends there and had good relationships with the coaches.

“But that is football — it’s all part of the journey and although I was disappointed to leave it was important not to lose any sleep over it.

“It was very much a case of taking one step back to take two steps forward by coming to Huddersfield. I’ve always had the view that if you don’t make it at one place, you can make it at another. I always had confidence in myself and wasn’t going to panic.”

During his time at Chelsea, he came through with the likes of Callum Hudson-Odoi and Norwich midfielder Billy Gilmour.

And his performance at that time at Stamford Bridge was absolutely good and his style of playing football was different.

“At Chelsea, you have to keep your standards high. If you don’t train well, you’re not going to play. I learned I needed to train well every day and have that consistency to come in every day and train.

“I learned all my technical stuff there and thatis how I developed it. I did a lot of stuff on my own and developed myself. I learned how to get the ball and do whatever I do.

“The whole time I was there I was looking up to Ruben Loftus Cheek. We’re of a similar stature. I had similar injuries to him through growth spurts. He was also tall and someone I could relate to.

Russell spent last season on loan at Accrington Stanley before joining the Terriers.

Initially he was signed for the club’s B side but impressed so much that since the turn of the year he has been a regular fixture in Carlos Corberan’s side.

“It’s crazy to think we’re potentially three games away from making the Premier League and I only started playing regularly for the club in January.

“It’s been great to be part of helping this club get into the position it has.”

And facing Luton brings back happy memories of the best goal he has ever scored — last month in a 2-0 win at home.

“That is probably my favourite goal. From the throw in, I saw space down the middle and just thought if I can get this high enough, the keeper is too far off his line to make it and I managed to get it over him.

“Beating Luton means we know we can win against them but at the same time are well aware they will be out for revenge.”