Igbos Should Not Breakaway From Nigeria- Iwuanyanwu Give Reasons 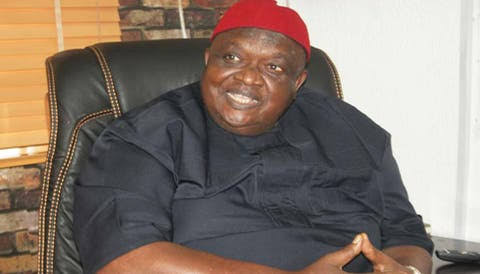 Elder statesman, Chief Emmanuel Iwuanyanwu, has advised those calling for the breakaway of the South East to have a rethink, warning that it would do the country more harm. 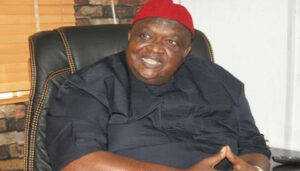 Iwuanyanwu, who gave the advise, yesterday, as his alumni,  the University of Nigeria (UNN) Owerri branch celebrated his 78th birthday and  60th anniversary of the institution in Owerri, Imo State, said it was better for the country to remain united than the call for separation.

2023: Why I Will Lead The Struggle For Igbo Presidency- Yerima

The elder statesman noted that rather than breaking away, the country should be restructured, affirming that it was only through restructuring that the nation would be stronger.

“We have to fight today for the future of our children, we must restructure, it is only when we restructure that the nation will be stronger.We must work hard for the unity of Nigeria. I’m  not supporting the group talking about break away, no nation has ever survived from breakaway, there would be internal problems,” Iwuanyanwu said.

On security challenges in the country, he reiterated his earlier stance for a state police.

Iwuanyanwu also maintained that Biafra was never defeated, describing the surrender during the civil war as ‘a negotiated surrender.’

“I fought the last battle at Uli airport;  Biafra never surrendered, we were not defeated, it was a negotiated surrender, no victor, no vanquished. We were just assured no trial for Ojukwu by Philip Effiong who was second in command to Ojukwu and we believed them and stopped fighting.”

Deputy governor of the State, Dr, Placid Njoku who is also an Alumni of the institution, however  representing governor Hope Uzodimma at the ceremony while speaking  noted that the institution is proud to produce a household name like Iwuanyanwu.