“I’ll go with Arsenal or Chelsea,” the Golden Boy winner of a career-defining moment says 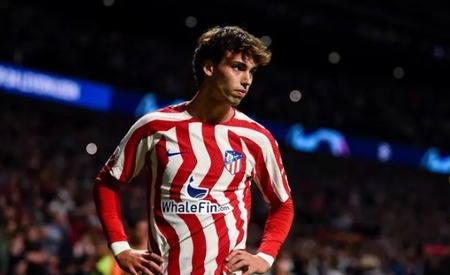 Atletico Madrid forward Joao Felix has been linked with a move to European clubs. The Portuguese sensation is at odds with Atletico Madrid coach Diego Simeone. This means that the Madrid-based club is prepared to sanction his departure during the winter transfer window.

“For reasons that aren’t worth getting into—the relationship between him and the boss [Diego Simeone], the minutes played, his motivation right now—it makes you think that the reasonable thing is that if there’s an option that’s good for the player, good for the club, we can look at it,” Atleti CEO Gil Marin recently said.

Arsenal and Chelsea are two of the top Premier League clubs linked with a transfer.

Similarly, Arsenal and Chelsea are among the top Premier League clubs interested in signing the 23-year-old. With the forward eager to leave and his club eager to do business, Felix may have the luxury of choosing where he wants to play next by the time the January transfer window opens.

Whoever wins his race will receive one of Portugal’s most complete talents. There’s no doubt about it: the 2019 Golden Boy winner is brilliant, and his classy performance after classy performance for Portugal in the Qatar World Cup proves it.