Is Messi on the list? As PSG plans to sell players to either Arsenal, Chelsea, or Tottenham 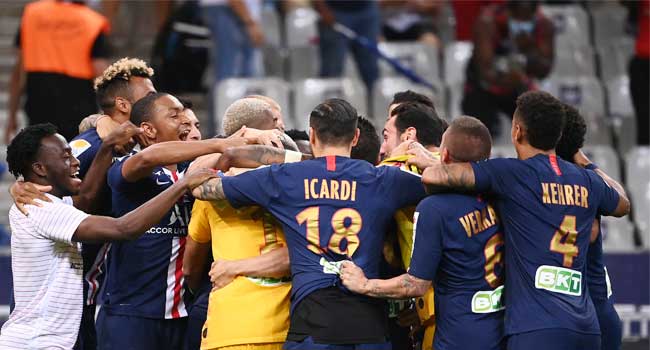 Is Messi on the list? As PSG plans to sell players to either Arsenal, Chelsea, or Tottenham…According to reports in France, Paris Saint-Germain is planning on offloading seven players from their squad in the January transfer window.

The French Sports News is reporting that PSG is looking to significantly trim their squad, with as many as seven players closing in on an exit from the Parc des Princes. Arsenal, Chelsea, and Tottenham, who may all look to add reinforcements to their respective squads in the January transfer window, may now be put on red alert with the latest developments coming out of the French capital.

Mauro Icardi is apparently likely to be sold by the club, with the 28-year-old striker being valued at around €50million (£42.6million) by PSG. Another man that is likely to be offloaded by Mauricio Pochettino is defender Abdou Diallo, despite improving significantly since the former Spurs boss took over.

Fellow defender Layvin Kurzawa, who still has two-and-a-half years remaining on his contract in Paris, has played just once this season in all competitions following the arrival of Nuno Mendes and could be offloaded – with Crystal Palace recently linked to the left-back. Sergio Rico, who is now way down in the goalkeeping pecking order, is likely to be sold, but his high salary could put potential suitors off, the report claims.