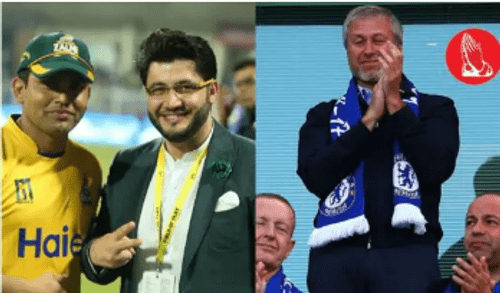 With the formal announcement expected soon, sources close to both Afridi and the now-former Chelsea owner Roman Abramovich have confirmed that the European champions have been bought by the Pakistani magnate in a deal believed to be in excess of £2 billion.

“[Abramovich] had set an asking price of £4 billion, which means the current deal evaluates Kamran Akmal at around £2 billion, making him the most prized asset in the history of sports,” revealed an official privy to the deal while talking to The Dependent.

The Dependent has also been informed that while other suitors were in the race, Akmal’s inclusion proved to be the clincher since the Chelsea boss plans on playing the Pakistani veteran keeper in goal.

“When your first choice penalty shootout keeper lets in 11 penalties and misses his own in a cup final, you need an urgent rethink, which is where Kamran Akmal comes in,” reveals Chelsea assistant coach Arno Michels.

However, sources within the Zalmi camp have also claimed that while Kamran Akmal is heading in the other direction, a Chelsea player would also be making a move to Peshawar.