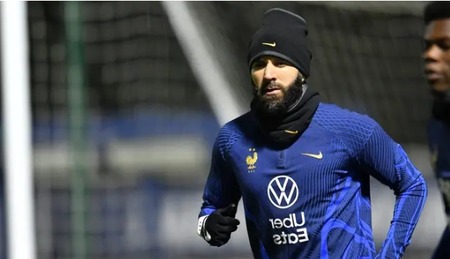 Karim Benzema made his comeback in a 60-minute training match against Leganes at Valdebebas on Thursday.

However, the 2021 Ballon d’Or winner is unlikely to make a surprise return to France’s squad in time for Sunday’s World Cup final against Argentina.

Benzema was recalled ahead of Euro 2020, and this would have been his first World Cup since 2014.

However, an injury on the eve of the tournament forced the 34-year-old to leave Qatar before a ball was even kicked. But because coach Didier Deschamps did not call up a replacement, which he was allowed to do because it fell before France’s game.

That means, despite being back in Madrid for nearly a month, the veteran forward is still technically part of the squad. Following his semi-final victory over Morocco, he raised the prospect of a sensational return for the final.

Deschamps refused to comment on the speculation, but he also did not completely dismiss it.

The French Football Federation has since invited Benzema back to Qatar for the final, but only as a guest and not as a player, according to Marca.