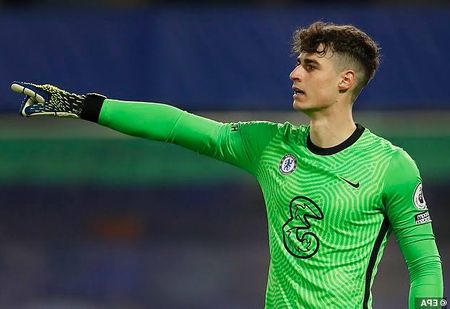 Chelsea’s second-most-expensive signing could also be set for a loan spell away from London, with Kepa Arizzabalaga revealing that he needs to be playing more football than he currently is.

The Spaniard, who joined Chelsea for a then-record £72m in 2018, has lost his place in between the posts for both Chelsea and Spain during his time in west London, and only managed four Premier League appearances last campaign.

And, speaking to Spanish media, he suggested that he would be open to a loan move away from Stamford Bridge this summer. Asked about whether he would rule out a spell away from the Blues, the 27-year-old claimed that while he was a Chelsea player, he needed to play more.

‘Right now I am a Chelsea player, but what I am clear about is that I want to play more, because I come from a year or two where, when I have played, I have had a great performance’, he explained.

‘I am not desperate. In the end, I’m at a great club… I’ll talk to the coach and we’ll decide, but with the clear message that I want to play more’, the Spaniard added.