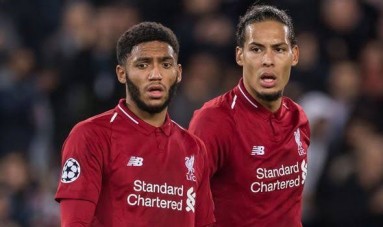 A lot is expected from Liverpool side in this new season, as Jurgen Klopp is making a lot of effort to ensure his squad is physically fit getting Virgil Van Dijk and Joe Gomez back, strengthening the Reds.

Van Dijk has been with the Reds since joining from Southampton in January 2018. With Liverpool at Anfield, they have won the Champions League, UEFA Super Cup, FIFA club World Cup and others.

According to Klopp, that they could be an opportunity for Van Dijk to feature in Liverpool’s pre-season friendly against Hertha Berlin on Thursday.

Although, the Liverpool’s Dutch defender, Virgil Van Dijk left the field injured during their match with Merseyside Derby. A similar case happened with Joe Gomez who has an injury in his knee during the international match with England back in November 2020 that makes him missed out of the Europe with England.

According to Klopp, said; angel hits Liverpool last season hoping to have a full fit squad this season as they will be looking to complete on all fronts again.

Klopp, however, said, hoping to see Joe Gomez return to the squad in early August for their game against Athletic Bilbao, we strengthen the squad.

“The centre-back could return to Liverpool squad soon.” he conclude.