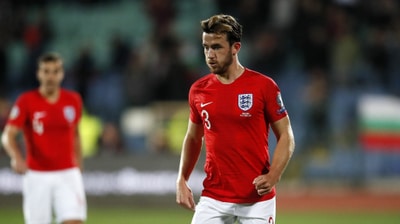 Chelsea has to expect their Premier League rivals including Manchester City to keep spending to strengthen their squads, admits defender Ben Chilwell.

Chilwell and Chelsea head into the 2021/22 campaign as Champions League winners and are now looking to put up a challenge on the domestic front to win their first league title since 2016/17.

Chelsea is yet to improve their squad, having only signed Marcus Bettinelli to replace Willy Caballero as third-choice goalkeeper. While Man City has splashed the cash to land Jack Grealish for a British transfer record fee of £100 million.

But the Blues are on the verge of making their club-record transfer this summer this week. Romelu Lukaku is closing in a return to Stamford Bridge seven years after departing to Everton back in 2014.

And Chilwell knows Chelsea has to expect teams like City to improve in the transfer market.

Reacting to Manchester City’s summer spending, he told Sky Sports: “Man City have been a great team over the last five to ten years. That’s what you’re going to get with the bigger teams, they are going to want to spend to keep improving their squads because they are not happy with just winning the league last year.

“They want to do it all over again this year so it’s not a surprise that they are going to want to strengthen their squad to keep on improving.”