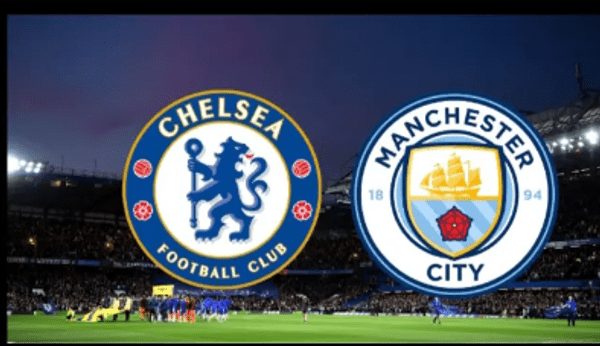 Chelsea will be traveling to the Etihad Stadium to take on Premier League champions, Manchester City on a returning leg, after losing 1-0 earlier in the season.

Man City will now welcome the champions of Europe in a much anticipated match on the 15th of January.

Manchester City employ an attacking oriented football with emphasis on controlling the midfield and pushing forward with numerical advantage.

Pep Guardiola has perfected this system at the club, as he has the right players at the right places to execute his game plan.

Manchester City create chances through their dominant wingers and midfielders, and generally thrive with link up play, as there is no attacking pivot at the moment. This means that City generally score from any position in the final half.

Chelsea on the other hand employ a possession based football that attacks and defends with numerical advantage. Which makes the game between Chelsea and Manchester City all the more interesting as the game will be won or lost in the midfield.

Chelsea’s only chance is to be ruthless in the midfield, thereby limiting City’s chances and their cross field passes, which doesn’t bode well for the Chelsea’s defense.

Chelsea will be without Andreas Christensen as he has tested positive for COVID-19, Recce James and Trevor Chalobah are still on injury, which leaves Malang Sarr very likely to start the game alongside Rudiger or Thiago Silva who has recovered from corona virus.

N’golo Kante is also fit to start the game, as he was rested in the Caraboa cup semi final against Tottenham. Manchester City may be without Rodri, Foden and Kyle Walker as they all tested positive for the virus, but are very much confident of every other member of the first team with the exception of Riyad Mahrez who is representing Algeria at the AFCON.