Manchester United interested in bringing in an ex-Chelsea player 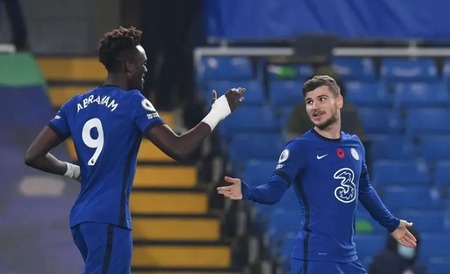 Abraham, 25, has emerged as one of the season’s standout performers in Serie A.

Abraham left Chelsea in 2021 after Romelu Lukaku returned to the club. Abraham has developed into a key player for AS Roma since joining the club, but clubs in the Premier League have expressed an interest in signing him.

The England international, a complete forward with pace and shooting ability, has been a key starter for Jose Mourinho’s side since the previous season. In 73 appearances for the legendary Serie A club, he has 31 goals and seven assists.

“I think the case for Jonathan David could now more firmly come into view. They may even write a check to Tammy Abraham. They like him so much that they might put a check in there.”

Abraham, who has a contract at the Stadio Olimpico until June 2026, rose through the ranks of Chelsea after joining the club’s academy in 2004. In 82 games for his boyhood club, he scored 30 goals and assisted on 12 others, helping them win two trophies.

Manchester United are also interested in signing Abraham, who could be a long-term replacement for Cristiano Ronaldo, according to Calcio Mercato. as Anthony Martial and Marcus Rashford are their only options right now.

CHE vs BOU: Chelsea fans hoping for three players to play in the first game after the World Cup break

Despite his excellent form for Roma since joining the club, it has been reported that Abraham is unhappy and could be sold for around £43 million, much less than Chelsea’s £68.6 million buy-back clause.

Abraham recently missed out on England’s World Cup squad, so returning to England, where he will undoubtedly be seen more frequently by Gareth Southgate, could be a wise move if he’s looking for a new challenge.