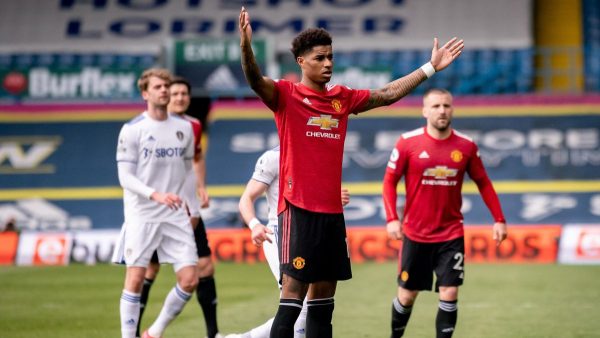 Manchester United vs. Leeds United is set to begin their 2021/2022 Premier League matches with Man United a home fixture against Leeds United at Old Trafford on Saturday afternoon at 12:00 pm UK time.

The club(Manchester United), in the last season, finished second in the EPL’s table, behind Manchester City, While, Leeds United returned to be at the top flight, picking up 59 points from 38 matches to claim the ninth position. No doubt, Manchester United is expected to challenge clubs this season to claim the Premier League title, as the club coach again by Ole Gunnar Solskjaer the last term, who leads Man United claiming second in the UEFA champions league won by Manchester City.

According to reports, Jadon Sancho and Raphael Varane had arrived, and the Red Devils will be looking to put their campaign right this season. Indeed, the 20-time English champions will not face a genuine top-four rival in the league until they travel to Leicester City in the middle of October.

There are no easy games at this level of football, but Solskjaer will be expecting his side to pick up some serious points in the opening weeks and that will surely have to be the case if they are to genuinely challenge Man City for the title, with the Citizens likely to be the team to beat once again.

The team’s pre-season has been interrupted by late returns from international duty and coronavirus issues, but they managed to play four friendlies and put in a strong performance against Everton last Saturday, as Mason Greenwood, Harry Maguire, Bruno Fernandes, and Diogo Dalot scored in a 4-0 win Man United finished last season without any silverware, but they made the quarter-finals of the FA Cup, semi-finals of the EFL Cup, and final of the Europa League, and Solskjaer will be desperate to take the final step in 2021-22, with the Norwegian certainly being backed in the transfer market this summer.

Leeds, meanwhile, finished ninth in the Premier League last season on their return to the top flight, and it would be fair to say that they provided plenty of entertainment along the way.

The Whites finished just two points behind eighth-place Arsenal and three points behind seventh-place Tottenham Hotspur, who secured a spot in the Europa Conference League; Bielsa’s side was only six points off the Europa League positions, meanwhile, which is so impressive for a promoted team.

The team’s form in the latter stages of the 2020/2021 campaign was also excellent, as they lost just one of their last 11 matches and won their final four to rise into the top half, and expectations will be high this term, certainly for the club’s supporters, which will bring new pressure this term.

Meanwhile, Leeds signed Junior Firpo and Kristoffer Klaesson this summer, while Jack Harrison has made a permanent move to Elland Road from Man City; more new signings are expected before the end of the window.

Manchester United will defeat Leeds United in today’s game with a goal different.