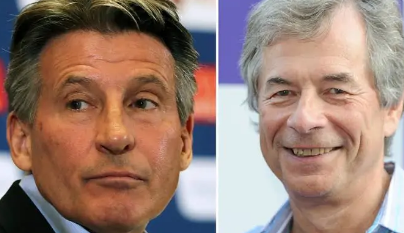 Chelsea are set to kickstart a new era, as the Roman Abramovich 19 years successful era of owning the club is set to end, with the so many bids that has been submitted by lots of billionaires and consortiums, who are interested in becoming the next owners of the club. All the bids from interested parties to buy Chelsea were submitted to the Raine Group on or before the Friday deadline that was set by the American merchant bank, who are responsible for conducting the sales process of the club.
Reports claims that over 20 bids was received by the American Bank, but less than ten was considered to be serious offers.

Chelsea is set to become the most expensive sports franchise in history, after the takeover of the club is completed, as the fee for the club could surpass the £2.5 billion that was paid by Joseph Tsai to purchase the NBA’s Brooklyn Nets and their home arena in 2019. The Raine Group are expected to reduce the number of the competitors for the club, by reviewing the bids made by the parties, then picking the best three or four bids, but not necessarily the highest offers.

The Saudi Media, Woody Johnson, and Nick Candy Consortium are all reported to have been ruled out of the race to purchase the club by the Raine Group. Although, they are yet to officially release the names of shortlisted parties that they considered to have made the best offers to purchase the club. But with the other serious contenders ruled out, Chelsea might be left with just three other options, of which two are considered to be in the front line to become the next owner of chelsea.

According to report, we will be looking at the two parties that could be the favorites to become the next owner of the club.

Why Manchester City could suffer the same sanctions that Chelsea faced

Todd Boehly has always been interested in buying Chelsea, even before now, he has once submitted a bid to buy the club, which was turned down by Roman Abramovich. Todd Boehly formed a consortium with some other billionaires, and their consortium is seen as one of the firm favorites out of the other parties, that could become the next owner of the club. They are also considered to be a very strong in the race of becoming the next owners of Chelsea.

The Ricketts family are the third serious party that are still in the race, but recent reports states that the Todd Boehly Consortium, and the Sir Martin Broughton’s Joint Bid With Lord Sebastian Coe are considered to be the two favorites ahead in the race.