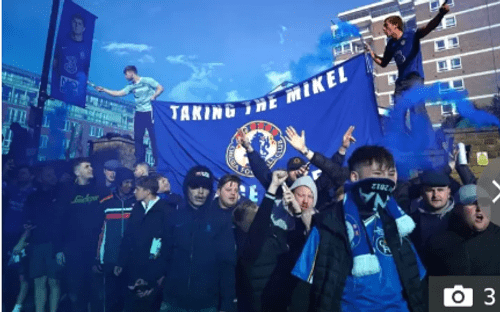 Chelsea are looking forward to the weekend Premier league fixture against Brentford. The blues are in 3rd in the Premier league table and will be seeking three points to move closer to confirming there position at the end of the season.

Meanwhile as process goes on to change ownership of Chelsea football club. From Roman Abramovich to a new regime, there fears of protests ahead of this weekend fixture. Meanwhile the supporters through We Are The Shed has no any sort of agreement with the updates of the next possible owner of Chelsea. And are looking to try pass a message this weekend. MgIn their statement, “There is a lot of noise around the Ricketts family and about protesting their potential ownership of Chelsea.

Meanwhile Chelsea will be facing Real Madrid in their first leg of quarter finals of Champions league at their Stamford Bridge next midweek commitments. Tuchel has in recently working in difficult situation as players as well. Who aren’t in a position to extend contracts with Chelsea.