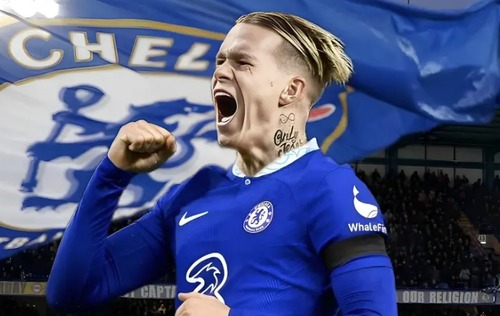 Mykhailo Mudryk made his debut against Liverpool. Jimmy Floyd Hasselbaink, a former Blues striker, was impressed with the winger’s performance. Mykhailo Mudryk, according to Jimmy Floyd, could reach the same heights as Eden Hazard at Stamford Bridge. 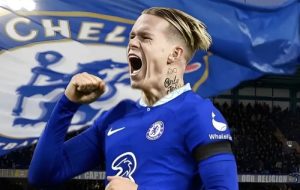 Mykhailo Mudryk, who rose to prominence after impressive performances for Shakhtar Donetsk in the UEFA Champions League against the likes of Real Madrid, RB Leipzig, and Celtic this season, appeared to be on his way to Arsenal in the January transfer window before Chelsea flexed their financial muscles to sign the Ukraine winger for an initial £62 million that could increase to £89 million in the future.

Over the weekend, he made his debut for the Blues at Anfield. He drew everyone’s attention right away with a jinking move that stunned Liverpool. Joe Gomez was at a loss for words. Liverpool struggled to keep up with Mudryk, who ran straight and fast. These two factors remind Hasselbaink of Eden Hazard, who spent seven successful years with the club before leaving for Real Madrid in 2019. 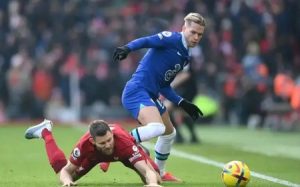 “Arsenal had their valuation, but when you get into a bidding war, it’s up to the selling club to hold their price,”

Joe Willock on working hard for the win- See how

Because their main goal was to do business, Arsenal’s unwillingness to complete the deal at the same level as them aided Chelsea. This agreement will benefit Chelsea greatly, in my opinion. I have no doubt that he will bring a lot of happiness and joy to the fans in the coming seasons. 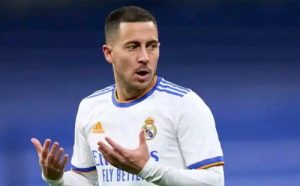 “Although I mentioned Joe Cole, I believe he is more important than Eden Hazard. Hazard arrived in England from Lille and needed some time to adjust to life in England during his first year. It would be unfair to compare the two, so I won’t. Keep that in mind.

“But then he took off and became a key figure at Stamford Bridge.”

Mudryk will be hoping for a full Premier League debut against Fulham next week.