Napoli star, Victor Osihmen in a big mess, reason why 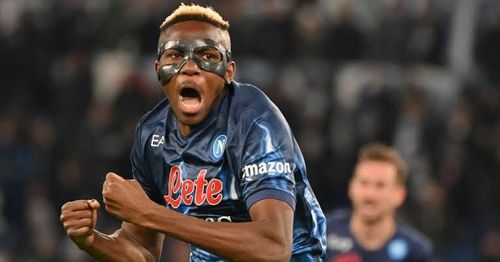 This news break out, as Osihmen’s agent currently needs to provide some legal proof over Osihmen’s transfer deal.

Meanwhile, Victor Osimhen is in a mess over an agency commission reported to be around N300million involving him and his brother-in-law. Osita Okolo, who is married to Osimhen’s elder sister Esther, has dragged the Napoli striker to an Ikeja Magistrate Court over a sum $450,000 and 91,000 Euros about N300m  which is his share during the transfer of Osimhen last season.

According the Okolo, this was a commission he earned when he was a personal manager to Osimhen. France-based journalist Oma Akatugba revealed he has spoken to Osimhen on the matter.

“The young man is going through a lot right now,” he told an Italian TV station.

“It’s a very big problem and its affecting him a lot. “He’s a young guy, he loves his family so much, he tries to help his family a lot but somehow some persons are not happy in his family and they have brought this  matter to social media.

“I have spoken to him in the last two days, I have tried to help him to stay calm and focused.

” Victor Osimhen was sent off in training last weekend by Napoli coach Luciano Spalletti for dissent. There is now a video of the dismissal on social media. It later emerged that Osimhen took exception to a foul against a teammate and he kept going at it till he was sent off by the coach for “talking too much”.