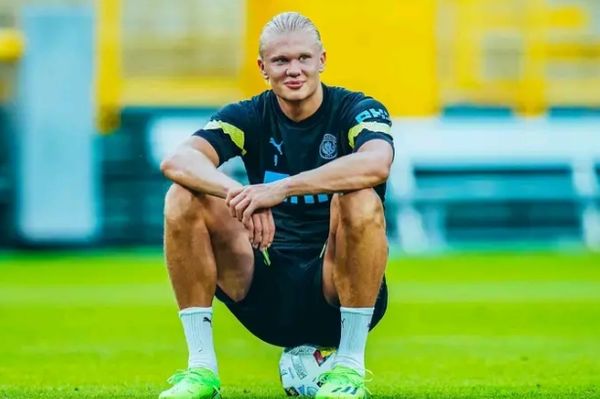 The Community Shield final 2022 match between Liverpool and Manchester City will kick off at the Kings Power Stadium today, Saturday, July 30 as they will battle for who takes home the Community Shield ahead of the 2022/2023 season. Already,Pep Guardiola Manchester City’s team are looking in good shape ahead of the clash with Liverpool tomorrow,with the Citizens having won 2/2 of their pre-season games so far with a 2-1 win over Club America and a 1-0 win over Bundesliga giants,Bayern Munich. The game against Liverpool tomorrow will also provide another opportunity for the club’s star signing Erling Braut Haaland to get more minutes in the tank after he made his unofficial Manchester City debut against Bayern Munich and scored the only goal of the game. Gabriel Jesus’ move to Arsenal means that the club now have the duo of Erling Braut Haaland and Julian Àlvarez as their strikers going into the new season,with Pep Guardiola still keeping an eye for Brighton and Hove Albion left back Marc Cucurella. Of course, Erling Haaland will be hoping to be on the score sheet against Liverpool as will all Manchester City fans, which means that it is imperative that Pep Guardiola includes him in the starting XI to face Jurgen Klopp’s Liverpool team tomorrow. The fact that Manchester City had won the Premier League title of last season with a single point par of Liverpool coupled with the fact that the Meyseysiders had dumped the Citizens out of the FA cup 2022.

Before going ahead to win it means that Pep Guardiola will be taking no chances and will probably field his strongest starting XI. Here is how Manchester City could lineup under Pep Guardiola to take on Liverpool tomorrow in the Community Shield final at Kings Power Stadium;