#NGAGHA Nigeria vs Ghana: Simon and Chukwueze out, Dennis, Lookman, & Ighalo in 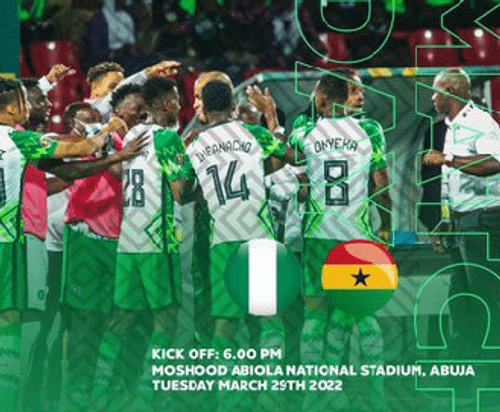 The Super Eagles of Nigeria will face Ghana in their World Cup qualifiers second leg contest in Abuja tonight, and having drawn the first leg in Ghana last week, Nigeria will have to win this game tonight to secure their spot at the 2022 World Cup which will take place in Qatar from November.

However, the Super Eagles failed to impress when they visited the Black Stars of Ghana in the first leg, and after fighting hard to draw away from home, the Super Eagles needs a win in front of their fans tonight, but to be able to beat the strong Black Stars team, Augustine Eguavoen will need to make some changes in his lineup and also change his tactics to allow his Super Eagles team to play good football and win the game with ease.

But who are those players that need to be rested and who should replace them?

The Super Eagles as a team did not perform impressively last week, but there were a few players who failed to show any impact throughout their time on the pitch, and among those players are Samuel Chukwueze and Moses Simon. The two wingers struggled to show their impact on the pitch despite having enough time to play, and with I think it would be wise to drop the two of them and start with Emmanuel Dennis and Lookman.

The Super Eagles midfield also looked very weak last week as they couldn’t contain the Black Stars, and I suggest that Eguavoen should review his tactics and possibly make some changes to help his team dominate and score goals tonight.