N’golo (Transfer) As he prepares to depart Chelsea, Kante has agreed to join a new club 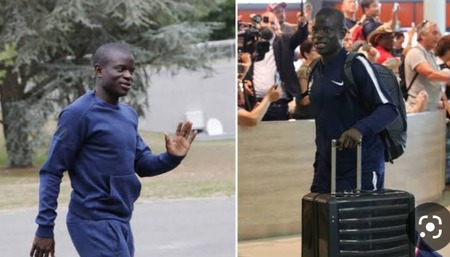 N’Golo Kante, a Chelsea midfielder, is set to join Barcelona in the summer of 2023. According to Sport, Kante is close to signing a pre-contract with Barcelona as early as January, with the player’s current contract at Chelsea set to expire at the end of the season.

According to the report, Barcelona manager Xavi Hernández wants to sign the France international to bolster his midfield next season.

Kante was injured and missed the recently concluded 2022 FIFA World Cup tournament in Qatar, but that hasn’t stopped him from being linked with the Spanish La Liga giants.

Chelsea are reportedly considering a two-year contract extension for Kante, though the 31-year-old star is seeking a third year, which is unlikely to happen.