Nigeria records the worst death, as 300 persons die within 2 weeks in Bauchi 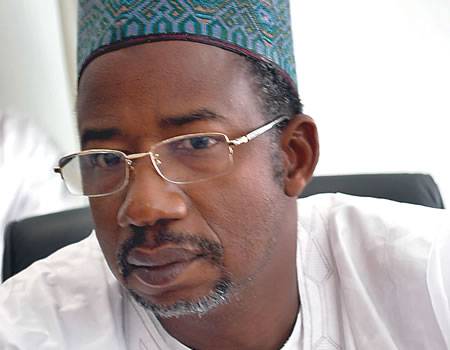 Nigeria records the worst death, as 300 persons die within 2 weeks in Bauchi State, from a ‘strange ailment’ in Azare, headquarters of Katagum Local Government Area of the state.

According to residents, About 301 people are feared dead in the last two weeks in the area.

Although, the strange ailment is not related to being COVID-19.

Deputy Governor Baba Tela told reporters that the situation in the Azare was being blown out of proportion by those who don’t reside in the state.

Governor Bala Mohammed of Bauchi State, the Deputy Public Relations Officer (P.R.O) of the State Asset and Recovery Committee, Musa Azare claimed that 301 fresh graves were dug at the Azare cemetery in the “last 14 days.”

Azare who posted the letter on his Facebook wall said:  ‘’ Dear Kauran Bauchi,

“Information reaching me from Azare says that as of yesterday there were 301 fresh graves in the Azare cemetery, dug in the last 14 days. I have verified this information from multiple sources.’

‘’Equally of serious concern is the way people escort their dead ones to the cemetery. No observance of any counter-measure against the Covid-19 pandemic. There is a need to intensify awareness campaigns.

‘’And to our people, you better wake up and accept the reality of what the whole world is going through. This deliberate ignorance and reckless skepticism will not do anyone any good. In fact, it is part of the reasons why we’re witnessing more and more deaths. And truly, it amounts to we killing ourselves!”

An Azare resident, Muhammad Muktar, however, told The Nation the 310 said to have died were “aged” people.

Another resident, Salisu Azare said: “of course, what you heard is true. The figure maybe even be more than that and most of them are within the range of 60 years and above.

Retired Chief Judge of the Federal Capital Territory and a native of Azare, Justice Muhammad Dahiru Saleh, died on Thursday at the age of 83.

When contacted his son, Ahmed Saleh, told our Correspondent through a text message that his father actually died of a partial stroke and not coronavirus as alleged on social media.

He said: “His sugar level rose, which led to the partial stroke. That was the cause and not Coronavirus as alleged.”

Azare death toll exaggerated; it has nothing to do with COVID-19, says the government

Reacting to the speculations yesterday, Deputy Governor Baba Tela, who doubles as Chairman of the Taskforce Response Committee on Lassa Fever and Coronavirus said the situation in the Azare was an exaggeration.

He said no more than six persons died per day in Azare in the last one week and their deaths had nothing to do with COVID-19.

He said: “We have received so many reports but I personally interviewed undertakers who assist in burying corpses in the area and yes there have been a number of deaths but it’s seasonal which comes with high temperature.

‘’As you see we are in the hot season now. This situation is similar to that of Kano State where people with underlying medical issues, most especially the elderly ones die. And you know Azare shares proximity with Kano State but am very sure the deaths are exaggerated.”

‘’I have come across different write-ups  on  social media on the incident but the situation is not so as presented; the writers of this letter are from Bauchi but they are not in the state at the moment.’’

“I don’t know the exact number of casualties, but what I have gathered is that about six persons die every day for a period of seven days.”

He said the ailment responsible for the deaths was yet to be ascertained while that state government was   liaising with the World Health Organization (WHO)  and  the United Nations Children Fund (UNICEF ) to  retrain health workers in Azare on how to handle the situation.

Sen. Baba Tela said the government would not hesitate to impose a total lockdown in the affected LGA if the figure of fatalities continued to rise.

“Where are the three hundred?” he asked The Nation.

He said: “We know many are dying in the area but we are yet to link it with COVID-19. We are yet to get back their sample which has been taken to the testing center in Jos, the Plateau state capital.

‘’Besides, we don’t have mass graves dug like the ones in Kano and Jigawa States.

“It’s not true that there are massive deaths in Azare. These are just rumors. I know there are deaths here and there but the figure people are giving is exaggerated.”

Gana, who is also the Vice-Chairman, Committee on COVID-19 Prevention and Control, spoke in Damaturu, the state capital, told  the News Agency of Nigeria (NAN) that the state was not only battling with Coronavirus but other diseases, especially in  the hot season when meningitis and measles strike.

He said the mortality rate could not be easily attributed to the Coronavirus pandemic.

He, however, said the state had already commenced investigation to ascertain the actual cause of the deaths, including carrying out autopsies to establish the cause(s) of deaths.

He said: “You cannot conclude to say that when somebody died, the person died as a result of the epidemic. No, you have to establish the real cause of the death and the related items.

“This is why we have always taken our time to investigate the causes before we reveal our findings.”

The commissioner said that as soon as the report of the investigations was out, they would use those results to prevent further mortalities.