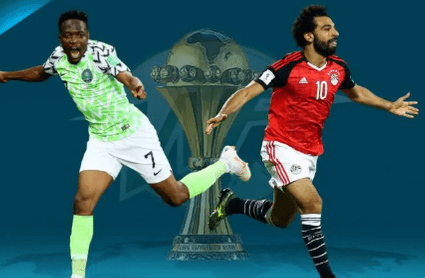 Nigeria vs Egypt: The Super Eagles of Nigeria will be facing Egypt in the ongoing African Cup of Nations, AFCON, in January to continue their 19th appearances in AFCON 2022 in one of the prestigious stadiums in Cameroon.

Meanwhile, Musa and Salah will be seen in the match as they captains their various team.

The Super Eagles of Nigeria will be making 19th African Cup Of Nations appearances and would be seeking for a fourth title at the forthcoming tournament scheduled to kick off in Cameroon from January 9th.

Nigeria will confront Egypt who are seven times winners of the competition for the opening group D fixtures.

Both teams have met several times at this level of the competition with the Pharaohs having a head to head edge over the West African side.

The last time the two opponents faced each other in an AFCON tournament was in March 2016 and ended 1-0 in favor of the Egyptians.

The 2021 AFCON is another opportunity for both countries to rekindle their rivalry.

Already, the two sides head coaches have named their final squad for the competition.

The Super Eagles are scheduled to begin their camping build up with invited players on 29 December 2021 in Abuja, before they will be later joined by UK based stars in the nation’s federal capital on 3 January 2022.

The Confederation of African Football, CAF have scheduled the game to kick off on the 11th January 2022 at the Roumdé-Adjia Stadium in Garoua. The time of the game is 17:00Hrs which is 5pm local time in Nigeria.

Augustine Eguavoen may decide to adopt a 4-3-3 formation with Maduka Okoye favored to be in goal.

We could therefore have Victor Osimhen, Emmanuel Dennis and Taiwo Awoniyi lead our attack.

Leon Balogun, Jamilu Collins and Chidozie Awaziem are expected to be among the defenders

While the midfield could comprise of Wilfred Ndidi, Chidera Ejuke and Joe Aribo.

Below is how Egypt could line-up their squad to face Nigeria:

Based on the previous records between the two opponents, I don’t expect to see a wide goal margin for this particular encounter. I would there for predict 2-1 for Nigeria.