‘Nigerian Leaders should learn from Lebanese’s PM who recently resigned 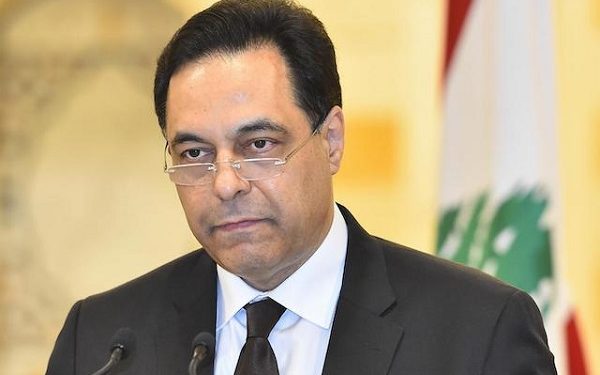 Lebanese PM Resigns- Nigerian leaders should learn from Lebanese’s PM who recently resigned from their position just to ensure peace and unity reign in the country as Lebanon’s Prime Minister, Hassan Diab and his cabinet resigned over Beirut explosion, which killed more than 160 life.

But, In the case of African countries, mostly Nigeria, hardly a leader resigned from his or her position because of their selfish interests. 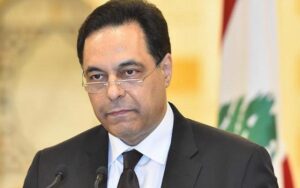 Recently, there are several cases of killing in the Southern Kaduna and another part of the country, yet no leaders in Nigeria resigns.

During a televised address by Diab on Monday, he heeds to the people’s demands alongside with his cabinets to be accountable and held responsible for the disaster that took in the Beirut’s explosion.

The prime minister blamed a “corrupt’ political class that has ruled Lebanon for more than 30 years for the August 4 explosion.

“This is why today, I announce the resignation of the government,” Diab said.

Several ministers had earlier quit the cabinet amid fury over the blast and the Hezbollah-backed President Michel Aoun – who has rejected calls for an international probe into the disaster – is also facing calls to quit.

The resignations did not force Aoun to step down but they will cause a legislative paralysis in Lebanon’s French-inspired system.

Last Tuesday’s disaster – caused by more than 2,000 tonnes of highly explosive ammonium nitrate, which were piled up in a warehouse – killed at least 163 people and destroyed swathes of the Mediterranean capital, leaving hundreds of thousands homeless.

Many, in Lebanon, see the blast as a symbol of corruption and incompetence among the country’s elite, and protests have broken out with tear gas fired on protesters after months of political and economic meltdown.

Much of the fury directed at the political elite, which is backed by Hezbollah and backed by Iran, which has called for outsiders to refrain from ‘politicizing’ the disaster.

Diab’s cabinet, which was formed in January with the backing of the powerful Iran-backed Hezbollah, met yesterday with many ministers wanting to resign.

Lebanon is already seeking $20 billion in funding from the IMF and now faces billions more in disaster costs, with losses from the explosion estimated to be between $10 billion and $15 billion.

The shipment of ammonium nitrate was officially destined for Mozambique when it sailed on the cargo ship Rhosus in 2013, but the vessel made an unscheduled stop in Beirut where the chemicals were impounded.

The captain of the Rhosus claimed he was told to stop in Beirut to pick up extra cargo – while Mozambique has denied all knowledge of the shipment.

Meanwhile, On Thursday, the Cypriot police said, the Russian businessman Igor Grechushkin has been linked to alleged the ship and its cargo that carried the explosive content into the country.