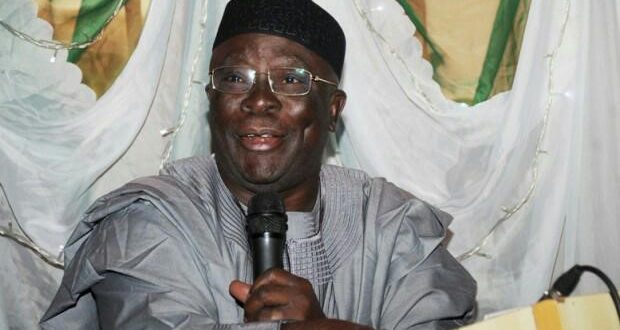 An Elderstateman and Afenifere Leader, Pa Ayo Adebanjo, has stated that he will fight Nnamdi Kanu.

Adebanjo explained that his grouse about the Indigenous People of Biafra (IPOB) leader, Nnamdi Kanu, is his insistence on the secession of the South-East region in the country.

Adebanjo said that breaking away is never a challenge confronting the country but the constitution.

The Afenifere leader said this during the Never Again Conference 2021 themed: 51 Years After The Nigerian-Biafran Civil War organized by the Nzuko Umunna of the Igbo Think Thank, held via the zoom on Thursday afternoon.

He noted that the constitution currently in use is not representative of everyone in the country, adding that it gives so much power to the North and this speaks to why they want to be in power for a very long time.

“I am in war with Nnamdi Kanu because I don’t want this country to break.

“Instead of thinking of break-up, we should tackle the root cause of the problem.

“The root cause of the problem is our constitution which is not a true reflection of the yearnings of all the people in the country.

“Now that the North is in control, they want to continue to be there because they are enjoying from the lopsided and fraudulent constitution.

“The Constitution has made our President the most powerful president in the world,” He said.

Meanwhile, the Elder statesman said that there would not have been agitation for secession if the constitution had reflected an aggregated opinion of all and sundry in the country.

“If there is a constitution that is a true reflection of everyone in the country, there will be no agitation.

“There will be no ground for Nnamdi Kanu to want to get away,” he said.