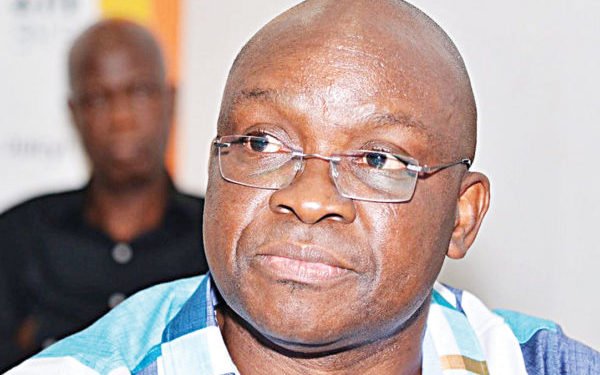 Former government of Ekiti State, Peter Fayose has reacted to the recent action taken by Twitter against President Buhari’s statement.

President Buhari had vowed to deal with the criminal elements that are destroying national infrastructures in the South-East region, he said he will deal with them in the language they understand.

The microblogging platform deleted the president’s statement and said it was against their policy after several Nigerians had reported the post.

Reacting to this, the former Governor of Ekiti State, Peter Fayose jokingly asked if the president will not deal with Twitter after they had dealt with him.