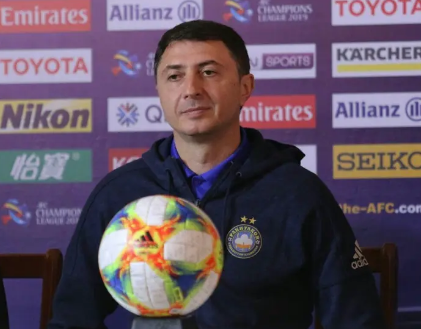 The Georgian manager signed a two-and-a-half-year deal with the 19th-placed side in the Championship and he would began his quest to save the English side with a game against Swansea City.

Hull City released an official statement on their website to announce the appointment of Shota Arveladze.

“Hull City are delighted to announce the appointment of Shota Arveladze as the club’s new head coach on a two-and-a-half-year deal,” the club stated.

“The 48-year-old has managed over 300 games across spells with five clubs in three different countries, boasting a win percentage of over 50%.

“His last managerial post came in Uzbekistan with FC Pakhtakor Tashkent from 2017 to 2020, where he was appointed by the same ownership group as Everton.”

Here is what Arveladze said after he was appointed as Hull City new manager:

“I want to say thank you to everyone who has given me this opportunity. I believe everyone who is in this sector in football wants to be in England and I am just really happy and my family is proud.

“I am so motivated and have the hunger to show this club can do well with the boys, with the quality, with the young talents that we have. We have parts (of the team) where we are very creative, talented, parts with experience. It’s a good mix. I like attractive football when supporters are on your side – they want to come, they love to come to watch the game.”