On July 19, Didier Drogba sign and confirm as Chelsea’s striker 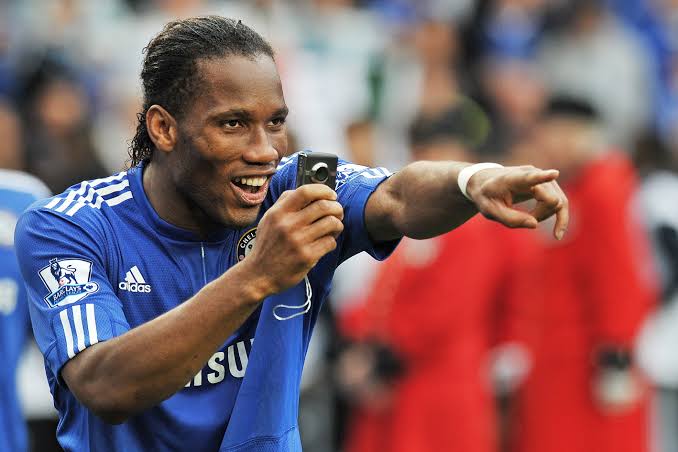 A date to be remembered, On July 19, 2004, was the year Didier Drogba signed his first deal with Chelsea by then former Chelsea Coach, Jose Mourinho.

Drogba, who was 26 year-old, playing for Marseille before Mourinho signed the Ivory Coast International player, with the Blues.

Drogba also played a vital role in their first-ever Champions League wins, scoring at exactly 88th-minute equaliser and then the winning penalty in the 2012 final against Bayern Munich.

Former Chelsea striker, Didier Drogba, left Stamford Bridge in 2012, for Shanghai Shenhua and Galatasaray, but returned on a free transfer for their title-winning season in 2014-15.

He, However, scored 164 goals, with 381 appearances for Chelsea and he has won himself a Premier League Golden Boot on two occasions, during his time with the Blues.

Drogba has been named twice as the African Footballer of the Year. His playing career ends with Phoenix Rising.