May 26, 2020 Open Lettter To Asari Dokubo From Ijaw Youths Over Biafra Struggle 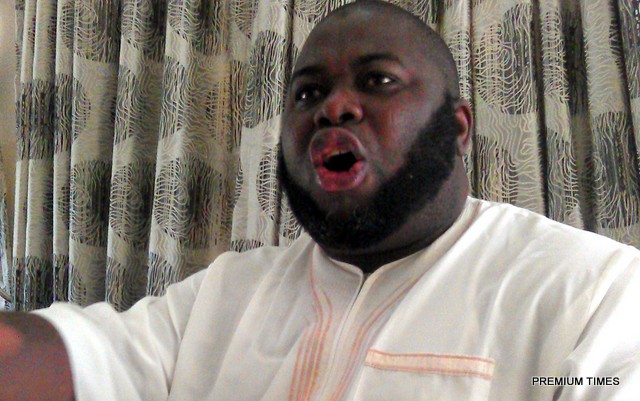 I’m from Buguma in Tom-George compound but I grew up in the Tombia Kingdom. The essence of disclosing my identity is to prove to Mr. Asari Dokubo of Buguma, and Mrs. Annikio Briggs of Abonnema, that I also am a son of Ijaw land.

Once, I was tender but like the saying goes that “the young shall grow “, I must speak and defend my region in its true identity as given by the Opu Tamuno in heaven and not the ways of the British foreigners and the invading Fulanis.

My respected brother and sister of the Ijaw nation, it appears to me that you and others like you want to continue to keep us in the WILL of the strangers of our land that our ancestors knew nothing about. Mr. Asari Dokubo once postulated that Ijaw are more Biafran than others in the Biafran enclave, and we believed him.

Madame Annikio agreed with him because, during the days of his agitation for the Biafra National Council, you never came up to refute him in that regard. You never agreed that Abonnema that is in Ijaw is more of Niger Delta than Biafra but one thing led to another and Mr. Asari is on his own out of the scene.

Then Nnamdi Kanu came barely some days ago to enlighten humanity with many historical facts and figures why we are more Biafra than Niger Delta then you came up with your refutals and criticisms capable of causing confusion among the young generation of Ijaw that Abonnema is not Biafra.

Madam, I, Engr Keribo totally disagree with you, and insist that Ijaw is Biafra and not Niger Delta. In like manner, Abonnema is Biafra and not Niger Delta. Recall that the Bight of Biafra has been in existence all the way since 1525 to the middle of the 18th century when Bonny emerged as the leading slave trading port in the Bight of Biafra, thus out-pacing the earlier dominant slave ports of Elem Kalabari also known as New Calabar. In 1881 Bakana was founded, 1882 Abonnema was founded, 1884 Buguma was founded, and Tombia was founded in 1885 at its present settlement. The Okirikas were existing since the 17th century.

I mentioned but just a few, and according to history, the king of Britain in 1875 (even far into 1914 amalgamation of the North and South) sent his representative as a Consul and the Kings and Chiefs signed an agreement and we were then known as Biafra. So, how come today that we don’t bear our ancestral identity again, rather, that which same Britain foisted on us having seen the potency of our unity with our Igbo brothers? They gave us that insulting name Niger Delta. Not only that they also taught the Fulani how to sustain the injury and the evil divide -and -rule strategy.

On May 27, 1965, Rivers State was created to cause division among us. They called us Port Harcourt ( the name of a man who was a sexual pervert). As if that were not enough, they added Niger Delta garbage. What an insult to the memory of our great ancestors!

I might be a small boy in your sight but as long as breath runs in my nostrils I will not allow myself to be labeled by the same foreigners that hate me. I am an Ijaw and I am a Biafran that God the creator made my ancestors be which they passed unto me.

I don’t know when the conference took place but it is the deliberate effort of Mr. Willink of Britain to divide and weaken the potency of our unity with our Igbo brothers who share the same cultural heritage with us. Madam, Annikio, do you tie two pieces of the wrapper on most important cultural or traditional outings? If yes, so are the Igbo and the rest of them in the Biafra enclave. So how come you are saying we are not one people?

Fulani are occupying our territories in our fishing ponds and riverine areas and in our mangrove swamps with strategies to fulfill the ancient agenda of ‘dipping the Koran in the Atlantic Ocean’ to facilitate the final conquest, and you didn’t say anything in that regard rather, you easily come on social media to refute and make nonsense of all the verifiable geographical and historical facts and figures that Mazi Nnamdi Kanu makes to shame our oppressors. Madam, your elders are doing this generation great disservice by obstructing historical evidence of who we are as a people. Madam Briggs, we are both from Ijaw despite that I’m from Buguma but if I come to your compound today in Abonnema and say that you are no more Annikio Briggs but ‘Aisha’, how will you feel? Won’t you do something to change the imposed name ‘Aisha’, and revert to your proper identity?

Well, despite whatever your reaction may be, as for me, I am a Biafran. Whether Tombia or Buguma, we are older than that garbage – Niger Delta – given to us by our enemies. Madam, in what has happened so far with the Ogoni Clean-Up project, will you say that justice has been done to the memory of Major Adaka Boro, and the Ogoni 9? What about the underdevelopment being witnessed even right in the heart of Abonnema while the Fulani are in faraway North sucking our oil to better their lots?

Gov. Nyesom Wike is today battling alone with the Fulani that is coming in their droves to take over our land, what have you said or done so far to show solidarity with him? I found nothing concrete of your efforts in that regard not even on your Facebook wall but you easily find it pleasurable to attack Nnamdi Kanu.

Madam, with all due respect to your personality, it is too bad that you could allow this hypocrisy to continue to exist to this day. Madam, may I remind you that Mr. Frank Opigo who was once a Principal in Okirika Grammar School is from Bayelsa State. Before the Ahiara declaration of Biafra, the Old Eastern Consultative Assembly members came together to meet over the name the new republic would bear, then Mr. Frank Opigo reminded Gen. Ojukwu that “we are all Biafrans”, and that was how they adopted that name again. Now if you accept Bayelsa was Mr. Frank came from as Ijaw then why is Abonnema of Rivers State not Biafra? Meanwhile, Bayelsa was carved out from Rivers State just a few years ago.

Madam, the ancestors of Bakana Buguma and Abonnema once settled in one location in the 17-18th century before they separated for their present settlements. So, are you saying now that Mr. Asari Dokubo was wrong when he said “Ijaw is more Biafra than any other tribes?” Moreover, madam, what is absolutely wrong if we fight together and Ijaw become a confederated region in Biafra nation? Isn’t that safer for our region than living with the oppressors in Nigeria? Tamuno blesses Ijaw, Tamuno blesses Mazi Nnamdi Kanu, Tamuno blesses Biafra.