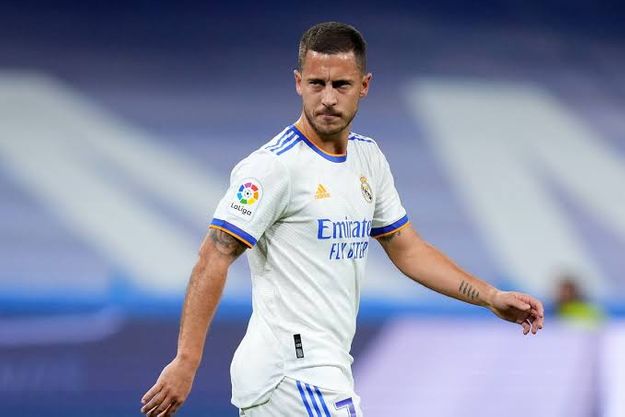 The striker is fully ready to joined Chelsea in the Stamford Bridge in January opened window.

Former Chelsea’s striker, Eden Hazard has struggling at Real Madrid. The Belgian Captain has had injury problems, but even without his injuries, his performances have not just been like his Chelsea days at Real Madrid and there is a reason why.

Hazard moved to Real Madrid on the back of one of his most successful seasons as a footballer individually. He was Chelsea’s leading goalscorer and assists provider in his final season

He helped Chelsea to the EFL Cup final, a 3rd place finish in the Premier League and the Europa League trophy, scoring two goals and assisting another. Hazard finished that season with 21 goals and 17 assists for Chelsea.

However things changed drastically for him at Madrid. Hazard sustained many injuries in his first season till this season. Presently even when Eden Hazard is fit, he finds it hard to replicate his Chelsea form for Real Madrid, and here is why.

He Is Not The Go To Man At Madrid

To understand this point, we need to look back at how Hazard has evolved over the years.

When he was a youngster at Lille, the Belgian was known for his pace and his dribbling. However, his best season at Lille came when he was the focal point of Lille’s attack.

Hazard led Lille to the title with 20 goals and 15 assists. Chelsea snapped him up in 2012, and he basically carried Chelsea’s attack from that time till he left.

Hazard needs to control how the team attacks. He needs to be in charge of leading the team’s attack, or else he will just keep dropping average performances for Real Madrid.

For Hazard to shine, he needs to be at the center of everything going forward for Real Madrid, and unfortunately that seems far fetched right now, because of the presence of Karim Benzema and nowadays Vinicius Junior.