“Oshiohmole is indeed the one who is guilty of anti-party, not Obaseki”- Oyegun stressed

Jun 13, 2020 "Oshiohmole is indeed the one who is guilty of anti-party, not Obaseki"- Oyegun stressed 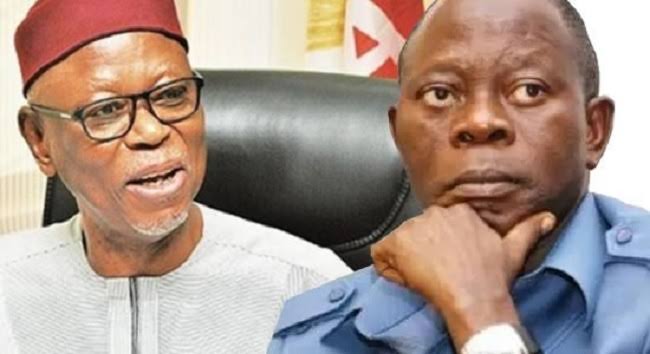 Mr. John Odigie-Oyegun, former National Chairman of the All Progressives Congress (APC), has accused Adams Oshiohmole of anti-party activities in Edo State and the disqualification of Gov. Godwin Obaseki by the APC Screening Panel.

Chief Oyegun stated that disqualification is not a surprise to him, because there is a clear indication that internal democracy has been murdered in APC, a party that was founded on the principles of fair play and good conscience.

The APC chieftain said that the APC will suffer dire consequences in Edo state if this disqualification is not speedily reversed.

READ ALSO: I Regret The Support I Gave To APC, Mbaka Cries Out

“As a matter of fact, Oshiomole is indeed the one who is guilty of anti-party, not Obaseki,” Oyegun stressed.

He further stated that Oshiomole is the one who is acting unconstitutionally not Obaseki.

Oyegun said he hopes that Oshiomole will not go down in history as the undertaker of APC.