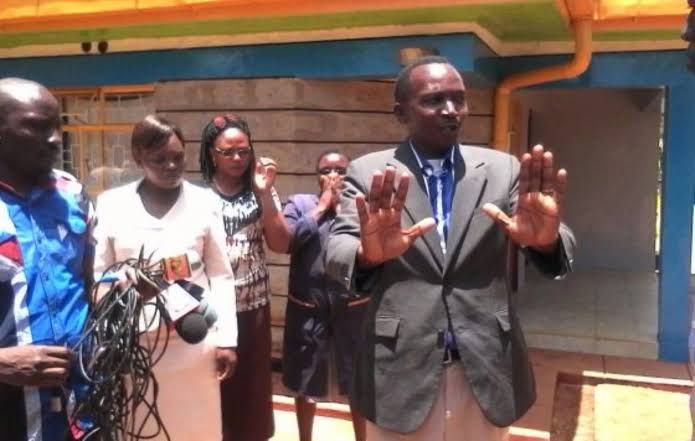 A Kenyan pastor who lost his wife had went to a the mortuary that her remains were kept so he could resurrect her from the dead. Pastor Robinson Githumba of Eagle Prophetic Church had gone to a funeral home in Nairobi along with some of his followers so he could resurrect his wife who died from tuberculosis-related complications.

The pastor insisted that his wife wasn’t dead and that she was only resting,hence he believed that she would wake up on the fourth day like Lazarus in the Bible.

The pastor and his followers spent the day at the mortuary in Nairobi praying and singing with the hope that his wife would resurrect.

They reportedly started from 8am and prayed for the deceased up on till 5pm when the mortuary attendants took back the body because they wanted to close. Back at home, people had already started plans for the woman’s burial on Saturday even as the pastor had said his wife would resurrect on the same day.

Tragically, his wife was later buried days after. Alot of pastors and clergymen who went to the burial ceremony defended the pastor’s actions and said that he demonstrated his faith amongst believers.