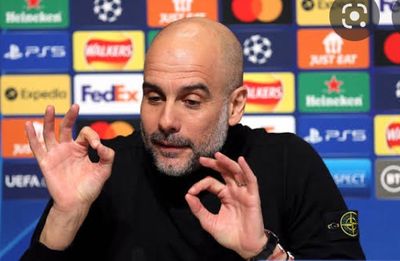 Manchester City boss Pep Guardiola’s statements that reveals a coach who might be a threat to them have resurfaced during this time Chelsea are involved in a steady hunt of a manager.

The Blues are currently looking for a coaching guru who will be leading the club this season after the club’s new ownership took a decision to relieve Thomas Tuchel of his duties just after 100 days of take over.

The club in the their statement released on Wednesday morning stated that Thomas Tuchel will no longer lead the Blues. This decision came as a result of a poor run in to the new season. Tuchel’s stint at Chelsea ended after defeat to Dinamo Zagreb on Tuesday night.

Since the German chief was given his marching orders, top names in Europe have a emerged as his permanent successors. And top of the list is Brighton and Hove Albion manager Graham Potter. Football London understands that Potter reportedly flew to Chelsea for personal agreement before swapping Amex stadium for Stamford Bridge.

Different reactions have emerged as a result of this move, and if Pep Guardiola’s statement about Potter is to go by then Chelsea will have a good reason to smile. Pep Guardiola who have had the opportunity lock horns with English gave a statement that reveals how he finds it hard to play against him.

EPL: Pep Guardiola kindly word about Arsenal that could happen at the end

“Brighton are a joy to watch, a joy to analyse. At the same time, when you see them you are concerned about their quality.

“We [City] will need to be at the highest standards and level to compete against them. I’m absolutely a big fan of Graham Potter.”