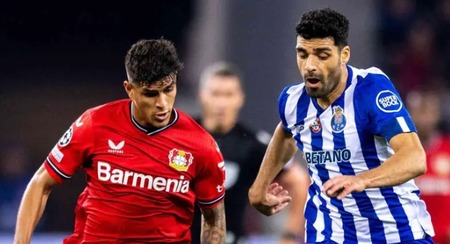 Chelsea may have a good chance of bolstering their frontline with a Porto striker who averages more than a goal every other game, according to a report, despite the fact that he is in “no hurry” to renew his contract in Portugal.

Then there have been promising players from within, such as Tammy Abraham, who was starting to take his chance as Chelsea’s number nine but didn’t last long.

As a result, Chelsea may want to bring in a striker in 2023. They have other areas of their roster to improve, such as midfield. However, as the team with the fewest goals in the top half of the Premier League, they must recognize the importance of a reliable striker.

Mehdi Taremi, the Porto centre-forward, has been linked with them in this regard.

After spending the majority of his career in the Middle East, the Iran international joined Rio Ave in 2019. He earned a move to Porto after scoring 21 goals in 37 games.

Taremi is only under contract with Porto until 2024. As a result, his future is becoming a focal point for them to discuss.

Taremi, on the other hand, is “not in a hurry” to sign a contract extension, according to A Bola. His “dream” of playing in the Premier League could be driving his stance.

Chelsea, who have Taremi “in their sights,” could be the club to give him that opportunity.

Chelsea in intriguing Mehdi Taremi battle. However, they will face competition from other European countries in providing the 30-year-old with his next step. Inter Milan, for example, who currently have Lukaku on loan from Chelsea, would be interested in bringing him to Serie A.

Porto may have to consider how much they value Taremi in case they need to cash in one year before his contract expires.

Taremi, despite never having played in the Premier League, is an intriguing option for Chelsea. He has 154 goals in 303 games during his club career.

Furthermore, he has earned 64 caps for his country and scored 29 goals. He was a member of Iran’s World Cup squad and was on the receiving end of the challenge for which Wales goalkeeper Wayne Hennessey was sent off.

Due to his age, Taremi may not be Chelsea’s long-term solution. However, his goal record speaks for itself, and they could theoretically get a few years out of him.

As a result, it will be interesting to see if they pursue him further – and if his future is intertwined with Lukaku’s.