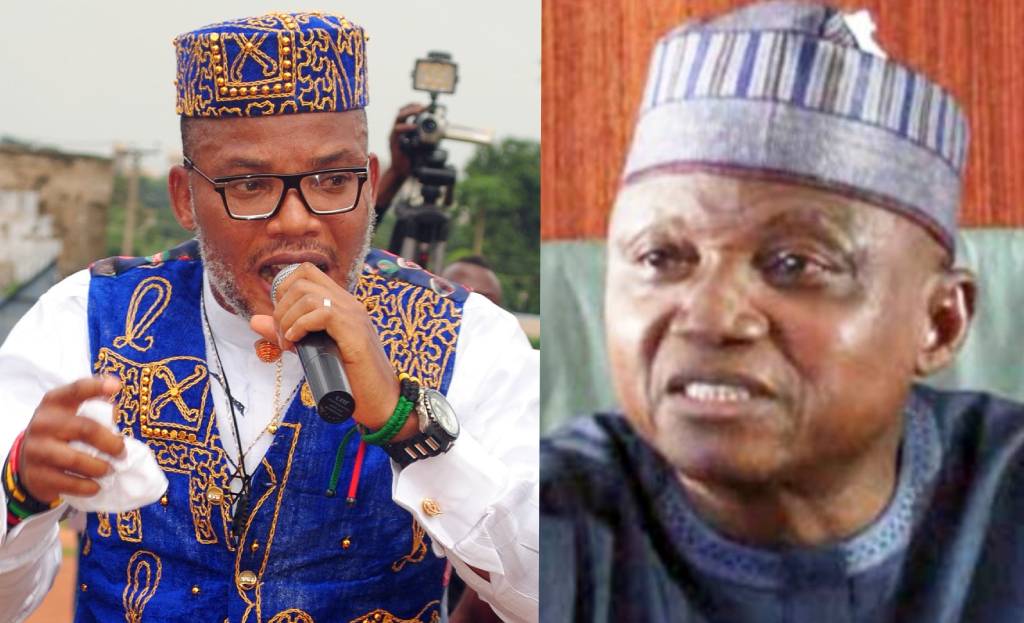 Nnamdi Kanu- The Presidency through the Senior Special Assistant to the President Muhammadu Buhari on Media and Publicity, Mallam Garba Shehu, has warned the British Lawmakers not to interfere on the Indigenous Peoples of Biafra, IPOB, issues in the British Parliament. 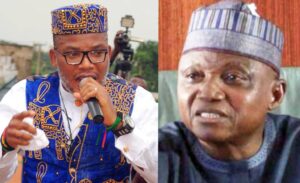 Shehu said Nigeria is not yet ripped to be split into a different country, because, Nnamdi Kanu has no knowledge of what the present government is doing to strengthening development among the six geo-political zones in the country.

According to Shehu, the petition filed against Buhari’s administration neither General Danjuma nor Nnamdi Kanu deserved not to be taken seriously, citing their personal antecedents, including the fact that Danjuma, as Minister of Defense, between 1999 and 2003, supervised the putting down of both ethnic-religious uprisings, while Kanu had been using religion as a guide.

“At the same time, as we take note of the lawmakers’ letter, it is also important to stress to our partners and colleagues in the United Kingdom that not all who press them have the best interests of either democratic governance or peaceful coexistence in mind.

“For example, the former Nigerian Chief of Army Staff, named and quoted in the letter as a source on military matters, relinquished that position some 40 years ago – in 1979. He was last in a government position 17 years ago in 2003 (as Minister of Defence).

“At that time, religious and ethnic riots erupted in two states of the federation, (2001 and 2002), these were violently and ruthlessly put down by the military under his authority, leading to the loss of thousands of lives and the displacement of some further 50,000 persons. He is, therefore, not a natural source of pressure for good governance.

“Another, signatory to the letter, is well-known to be associated with the Indigenous People of Biafra, IPOB, a Nigerian-blacklisted terrorist group. The IPOB is running a well-known (source-of-financing-unknown) international campaign intended to damage the reputation of Nigeria and its government in order to further their cause of ‘independence’.

“He jumped bail in Nigeria. He frequently travels on a Nigerian passport but urged his supporters to burn their passports! The IPOB barely mention their aims in their publicity; neither do they mention that their own leaders do not claim to be Christian.

“Yet, their media and lobbying campaign has focused near-exclusively on promoting matters related to Christianity in Nigeria, promulgating false claims that a government with 50 percent of its cabinet and 50 percent of its State Governors who are Christian somehow works against Christians. We call on our British friends and colleagues to join us in addressing genuine solutions not pander to agents of anarchy,” said Shehu.