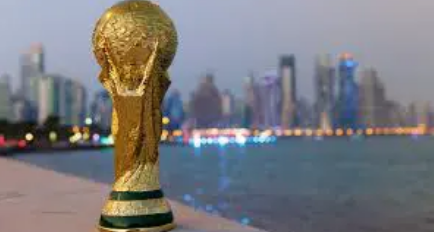 It is no longer news that Super Eagles of Nigeria was trash out from the Qatar 2022 African World Cup qualifying match at 1-1 draw played in Abuja, Nigeria on Tuesday alongside with Egypt and all that all countries in Africa. At least two African countries have written to FIFA demanding replays of their 2022 World Cup playoffs.

The Algerian Football Federation on Thursday, filed an appeal with the world football governing body regarding their tie against Cameroon.

Algeria lost 2-1 at home to the Indomitable Lions, who secured the ticket to Qatar. The North Africans have pointed out that they were not convinced by the manner in which the Gambian referee, Bakary Gassama, officiated the game.

Countries that have qualified for the Qatar 2022 revealed

“Faf officially lodges an appeal with Fifa against the scandalous arbitration which distorted the result of the match,” the federation said in its statement.

“We are determined to use all the legally permitted votes to have their rights restored and to replay the match under conditions guaranteeing the honesty and partiality of the arbitration.”

Algeria are the second country to request a replay, after Egypt stated they were going to ask FIFA to have their game against Senegal replayed.

“We asked for a replay of the match because the match was held in a strange atmosphere, and if we had lost in normal circumstances, we would have congratulated Senegal,” said Gamal Allam, who is the head of the Egyptian FA.

“We will present what happened to the disciplinary committee in the federation and await a response. There are many things that happened with us in the match. Our players were attacked.

“Mohamed Salah had the most share of the Senegalese fans’ attack on him, which tried to intimidate the players as well, and we asked that the board of directors be on the bench of the match, but they refused.”