Reason why Tuchel may exit Chelsea after the end of this season, reporter blows hot to club owner and fans 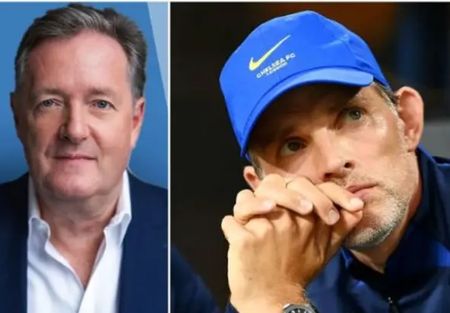 Chelsea have already signed Raheem Sterling from Manchester City as well as Koulibaly who joined from Napoli this summer. A well planning Tuchel however has missed the services of Leeds United former player Raphinha who joined Barcelona despite all the links to Chelsea. So is Jules Kounde from Sevilla has joined Barcelona after the blues failed to agree on the price tag and other issues as per a report by Sunsport. Meanwhile as per Arsenal fan Piers Morgan the Chelsea manager, Thomas Tuchel may as well be frustrated by the lack of high profile players joining his camp this summer and decide to exit the club this season. As per the Sunsport, “Thomas Tuchel will walk once Chelsea’s season hits the buffers around late February and his frustration explodes at not having Vladimir Putin’s pal Roman Abramovich to buy him out of trouble. “Morgan concluded. Chelsea are set to open their Premier League season with tough test against Everton. Who are under former Chelsea midfielder as well as manager Frank Lampard.

The blues had some mixed results in pre-season friendlies with a 4-0 defeat to Arsenal in the American soil.