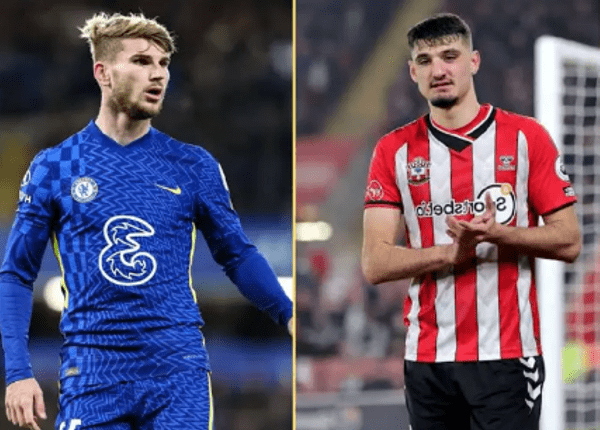 Werner transfer news: The next summer transfer window is going to be a crucial one for Chelsea as they have some major decisions to make in aspect of incomings and outgoings. The European champions have a long list of reported transfer targets, plus a number of loan stars who are expected to join the first team next season.

What this means is they will definitely have to chip off some present members of their squad and I would suggest they sell Timo Werner. The German forward has struggled for consistency since he arrived in England and has recently struggled for playing time under Thomas Tuchel this season.

Werner has become a likeable character in Chelsea’s dressing room but if he is not a starter before next season and a serious bid comes in for him, Chelsea should not hesitate to sell him. The blues need to cut down their wage bill and retaining Werner’s services on a £270k weekly salary wouldn’t be wise, especially when Armando Broja is coming in next season. Moreover, the Albanian sensation has been attracting interest from other clubs due to his impressive form on loan at Southampton. Keeping Werner in the squad next season won’t give him any assurance of regular football, and he could be forced to consider leaving the club.