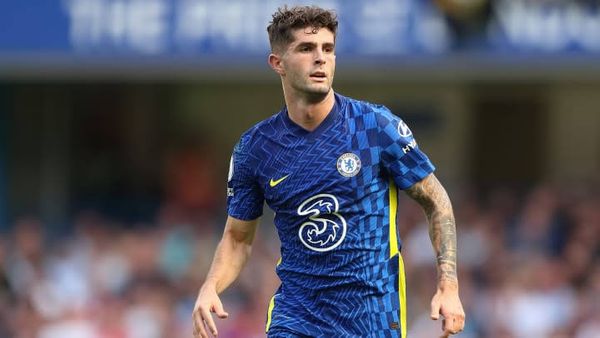 The performance of Christian Pulisic in recent games has improved, he has regained his spot in the first team at Stamford Bridge despite being injury prone.

Pulisic had struggled to establish himself as the main player for the Blues in past seasons, he had found it tough to regain the form that made Chelsea spend big to sign him up from Borussia Dortmund.

However, it seems the American footballer is ready to build a successful career at Chelsea due to improvement notices in his game. These are the areas of the game that Christian Pulisic has improved on.

Pulisic at the edge to hit ground running, Chelsea to start with him this season

1. Pulisic is a footballer that plays from the wing, he is also comfortable playing as a creative midfielder for the team. Due to injury to some key members in the first team at Stamford Bridge, players were deployed to areas of the field that could be considered as new to them.

In some games, Pulisic played as a striker and left-wing-back. His performance in these positions was decent, the Chelsea midfielder has become more versatile in the ongoing season.

2. Thomas Tuchel’s team defends from the front, his players mount pressure on the opposing team to regain loose balls. A player that has a high level of energy and stamina has a good chance of playing regularly for the German tactician.

Pulisic is a player who has good dribbling skills, he is comfortable at playing with the ball in tight spaces in midfield and could be very effective in the opponent’s box. However, when it comes to closing the attacking move of the opponent, he tends to struggle.

In the ongoing season, Christian Pulisic has become better at carrying out his defensive duties on the field.

The Chelsea midfielder is a top player who has the talent to become one of the big stars in the game of football in years to come. He may need to keep improving on his game to become an established star at Stamford Bridge.