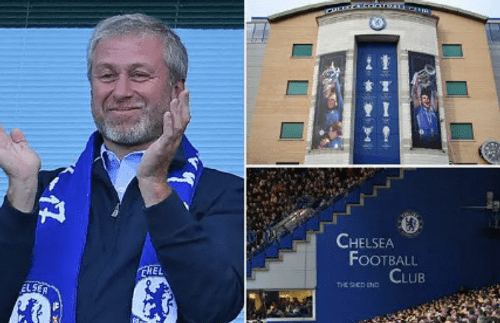 He would ensure Chelsea maintains its pre-eminent position at the top of European football, putting fans first, adding that the West London club will never face crisis again.

The former British Airways chairman is among the two front runners, alongside British property tycoon Candy, battling to take over Chelsea after Abramovich was sanctioned at the beginning of March. And with Chelsea closing bids on the club at 9 pm on Friday, Broughton has now made his pledges to Chelsea fans ahead of a potential takeover.

“I am assembling a team that will ensure the future success and financial stability of a club I have supported for more than 60 years,” a statement outlining Broughton’s plans read, according to Daily Mail.

“The plan will guarantee that the club is never beholden to a single individual or sovereign wealth fund, ensuring that the club never faces a crisis like this again.

“We will secure a prompt purchase and smooth transition, with funds readily available for the immediate takeover of the club and immediate investment in the team, facilities, and commercial opportunities.

“I believe I am the right person to lead Chelsea Football Club as we start this new chapter for the club.

“I have a track record of success in boardrooms throughout my career and I have done this before. I remain the only person to have effected a change of ownership at a major football club in a similar situation, which I did at Liverpool 12 years ago.

“But most importantly, as a lifelong fan, I am committed to ensuring Chelsea maintains its pre-eminent position at the top of European football and making sure we put fans first.”