Report: “I doubt if Chelsea can’t still be in the EPL title race- Tuchel 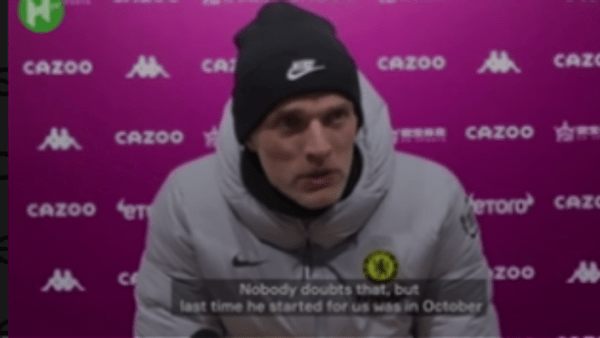 Chelsea’s Coach, Thomas Tuchel has this to say, “Report: “I doubt if Chelsea can’t still be in the EPL title race again, because of series of injury sustain by the players.

Yesterday draw game with Brighton, 1-1, have officially dropped a two points from the Blues with a eight points behind leaders Manchester City after a 1-1 draw with Brighton on Wednesday tonight.

According to Chelsea coach, during the course of press conference, Tuchel revealed that he believes Chelsea are out of the race for the title and has provided his reasoning for this.

When asked if Chelsea are still involved in the title race, he honestly claimed that they are not and cited their injuries and Covid cases as the reason.

The Blues struggled as several first team players tested positive for the virus this month and the Premier League did not allow Tuchel’s side to postpone any of their matches, including a clash against Wolverhampton Wanderers where Chelsea had to risk unfit players due to limited numbers.

When he waa asked by sport analyst about their title chances, Tuchel say his reasoning for his belief that Chelsea were no longer in the race.

“How should we be in it?” he said. “We have seven Covid cases. We have five or six players out for six or more weeks. How should we compete in a title race?