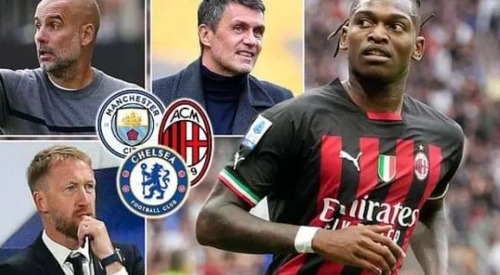 Chelsea are determined to beat rivals Manchester City in the race to sign AC Milan forward Rafael Leao and are willing to rigger his release clause after readying a €120 Million bid for the star. Chelsea winger Christian Pulisic has withdrawn from USMNT squad due to injury ahead of busy Chelsea busy schedule after picking up an injury. Reece James and Sterling featured for England, Ziyech impressed for Morocco and Silva kept a clean sheet for Brazil. Jorginho impressed for Italy in their 1-0 win over England with 88% passing accuracy, 53 touches, 42 passes completed, 4 long balls completed, 3 tackles made & 2 clearances. Chelsea defender Kalidou Koulibaly has vowed to improve and return to Graham Potters’ Chelsea side a changed centre-back ahead of their Premier League clash against Crystal Palace. Roma Boss Jose Mourinho is reportedly interested in bringing on Chelsea defender Trevoh Chalobah next year on loan as he struggles for game time at Stamford Bridge after arrival of Wesley Fofana. Chelsea will battle Man United, Liverpool & Real Madrid next summer to sign Borussia Dortmund star Jude Bellingham who could be available for €130 Million as Boehly looks forward for a player who can unlock Mason Mount offensively upfront. Brazilian forward Richarlison has admitted that Chelsea & Arsenal had interest on him before moving to Tottenham Hotspurs.

Richarlison clarified that Chelsea made an offer and Arsenal contacted Everton to ask about him but Tottenham came in with a better offer, paid the fee and signed him on a 5 year contract until June 2027.