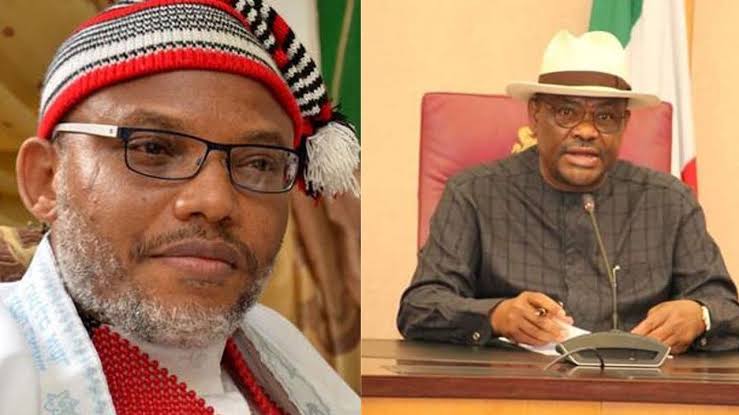 They made this statement during a meeting held over the weekend at the residence of the National chairman of OMPALAN, Bishop Udo Azogu in Oguta Local Government Area of Imo State and attended by representatives of all the ethnic nationalities in the country including traditional rulers.

The communique which was signed by the OMPALAN chairman and secretary, Dr. Simeon Chinagorom maintained that since Wike allegedly singled out the Igbo in the mayhem of the EndSARS protest which led to the massacre of so many Igbo in Obigbo, he should apologise to Ndigbo and families of the victims.

Azogu while reading the communique said the protest took place simultaneously in several parts of the country without governors in the concerned states blaming it on anybody.

He said “the protest started in Lagos and expanded to several other States, Sanwo – Olu , governor of Lagos State never blamed anybody, we want to commend him on how he protected the interest of Ndigbo during the EndSARS pandemic, it shows he is a true leader.”

Speaking on Kanu’s involvement in the protest that triggered the upheaval in Obigbo, Azogu noted that his unguided utterances motivated hoodlums to take advantage of the protest to cause havoc in Obigbo.

Besides his being requested to tender an apology, OMPALAN in their communique has also disowned Kanu and his Biafra agitation, insisting that unity among the tribes in the country is what is paramount now.

According to the oil landlords, IPOB does not represent the interest of Igbo, just as they have also advised every other pressure groups to tow the part of peace and eschew violence.

The State chairman of OMPALAN, Chibunna Ubawuike earlier while explaining the essence of the meeting noted that the association as part of its objectives in maintaining peace in the country has decided to look for a way all the tribes living in the country will coexist in peace and harmony especially after the EndSARS saga.

Ubawuike urged all politicians aspiring for political positions to wait for 2023 to signify their interests and avoid violence.

He thanked president Muhammodu Buhari for his help in recapturing council areas seized by the Boko Haram as well as curtailing their menace in the country.

According to Bishop Udo, said, more of this meeting will be held in all the States a cross the country, to preach peace, unity, and love among ourselves in this Nigeria. Abuja is not exempted.