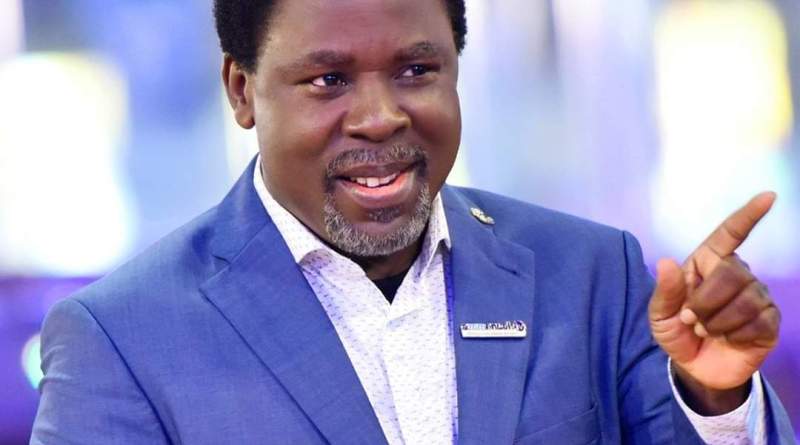 President of the Republic of South Sudan, Salva Kiir Mayardit, has said the Revitalised Transitional government of National Unity (RTGONU) between the government and the opposition was a fulfilment of a prophecy by the General Overseer of the Synagogue Church of all Nations (SCOAN), Prophet T.B. Joshua in 2019.

He thanked Prophet Joshua over his role in ending the civil war in the country and added that God used him after the efforts of the international community failed.

President Mayardit said God used prophet Joshua to restore peace in the country The South Sudan president said this in a letter Reference RSS/OP/J/1.A.20 and dated May 5 2020.10.11

The letter said: “With due respect and honour, I am privileged to write your highly prophetic office. First, I would like to thank you, humble servant, of the most high God and the higher grace and anointing upon your life. And, for your love and humility by coming on your prophetic and historic visit on 12th November 2019 when the Nation was in a desperate situation where the country was experiencing civil war violence for many years. The world organisation tried to negotiate peace but where human wisdom failed, God has the final answer.

“As you have prophesied, that it shall be a new beginning for the nation and we the leaders should overcome our divisions and our differences and come back to develop our youngest nation in the world. Hence the government and the opposition have come together to implement the Revitalised Transitional government of National Unity (RTGONU), which signifies a new beginning.”

“Based on the above-mentioned reference, I want to take this opportunity to invite you again to the Republic of South Sudan to harvest what you planted the whole nation of South Sudan is ready to receive you once again. Being confident of this proverb, ‘he who began the good work will complete it until the day of Jesus Christ. Please accept, Dear man of God, the assurance of my best regards”, he said.