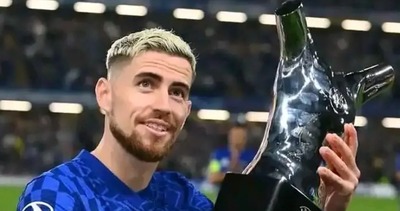 To keep silverware win alive this season, Graham Potter’s Chelsea have to be apt in the January transfer window. The Blues are currently busy looking for quality talents to add to their squad in the coming window.

Potter has not forgotten the importance of awarding new contracts to important players. Top players including Italian midfielder, Jorginho Frello are being courted to sign new contracts. While being on an interview recently, the Italian midfield maestro left many talking. This after he laughed and walked away following a question about his contract situation at the club. The player refused to reveal whether new contract talks were progressing well with the club.

To add to this reaction during the interview, Jorginho went on to tell the interviewer that he rather be sold.

This came after a question on who should start the game, be on bench and be sold between him,Luka Modric and Jude Belingham. Jorginho chose Modric to start and Belingham to beeon the bench.