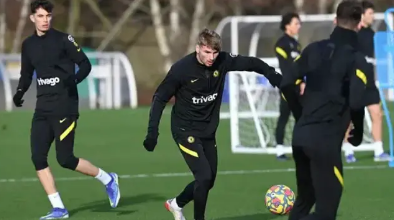 Chelsea welcome Tottenham at home in the ongoing Carabao Cup 2021/22 in one of the prestigious stadiums in London, Stamford Bridge.

Meanwhile, Chelsea is set to take on Tottenham at Stamford Bridge for the first leg of their Carabao Cup semifinal clash.

It’s definitely going to be an interesting game with two top-class managers ready to book a place in the final of the Carabao Cup.

How Thomas Tuchel’s decision secured Chelsea a draw, see how?

Chelsea are currently in a good shape having played out an impressive draw in their last game against Liverpool. Tottenham aren’t in a bad form either especially after watching their dramatic victory over Watford last time out.

Thomas Tuchel would hope every of his players is available for the crucial contest amid the rising cases of Covid-19 in the Premier League.

At the moment, Ben Chilwell and Reece James remain the guaranteed absentees for the game. Lukaku might also be out of the squad amid his controversial situation with the club.

Nevertheless, Thomas Tuchel still has a good squad to select from if Lukaku is unavailable to face Antonio Conte’s men.