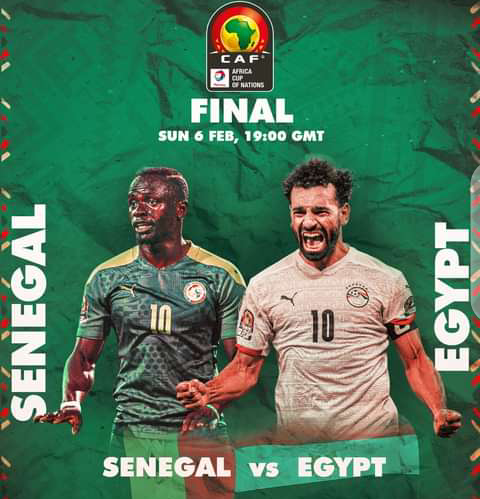 Congratulation to Senegal as they lift their first Africa Cup of Nations, AFCON, trophy after defeating Egypt 4-2 on a penalty shootout.

Senegal are the new African Cup of Nations Champions after defeating Egypt on penalties. This is the first time that Senegal is winning the prestigious African football tournament.

Sadio Mane got the better of his Liverpool teammate, Mohammed Salah, in the final as Senegal defeated Egypt by 4-2 on penalties.

Mane was awarded a penalty in the third minute but it was saved by the Egyptian goalkeeper.

There were no goals in the regular 90 minutes and the match went into extra time. The AFCON final then went to penalties after both teams failed to score in the thirty minutes of extra time.

No doubt, Senegal and Egypt will square off in the African World Cup Qualifiers on March 23 and March 29.