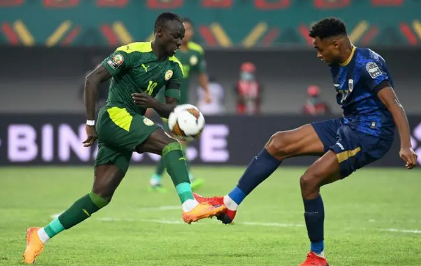 The quarterfinal round at the ongoing Africa Cup of Nations in Cameroon, AFCON2021, will reach its climax later tonight when Senegal take on Equatorial Guinea.

Whoever wins this particular fixture will have a date with the winner of the other quarterfinal tie between Egypt and Morocco in Garoua. Senegal has had a very shaky AFCON2021 so far, with the pre-tournament favourites and top-ranked team yet to hit their strides in the competition.

With just three goals scored so far, the Teranga Lions have built their entire tournament on a solid back four which is yet to concede a single goal in Cameroon. Ahead of the game later tonight, the West Africans will be looking up the ante a notch as they eye a place in the semifinals for successive tournaments for the first time in their history.

On the other hand, Equatorial Guinea has once again proven that they aren’t in the AFCON to make up numbers and admire the host cities.

The Nzalang Nacional have made the quarterfinals in each of their three appearances in the competition and have the confidence they can go a round better this time.

Equatorial Guinea has also built their tournament on the foundation of a solid defense, with three consecutive shutouts since losing their opening game against already-eliminated Cote d’Ivoire. Senegal goes into this one as the favourite this fixture but Equatorial Guinea remains a side that has shown that can hurt teams.

In terms of head-to-head, this will be the second meeting between the two in the AFCON, with the Nzalang Nacional winning the previous meeting 2-1 back in 2012. However, the most recent meetings between them give Senegal the upper hand with a 3=0 and 0-1 wins.

The match is billed for the Ahmadou Ahidjo Stadium in Yaounde and will kick off 8 pm on January 30, 2022. Senegal could be without main man Sadio Mane after that concussion he suffered following a horror head collision the last time in the round of 16 against Cape Verde.

But the Tirana Lions will welcome back Cheikhou Kouyate, who returns to the side after serving a one match ban. For the National Thunder, they have a fully fit squad to choose from but will be Josete Miranda, who is suspended for the game.

I am going to stick my neck out here by going for Equatorial Guinea, on the premise that Senegal will be without Mane for this game. The Nzalang Nacional have impressed me and I feel Jesus will save them once again. 0-1.

Any teams that wins today’s game be it Senegal or Equatorial Guinea will definitely face either Cameroon or Burkina Faso in the Semi-final to secure tickets to the final in the ongoing AFCON match in Cameroon the hosting country on February 6th, 2022.